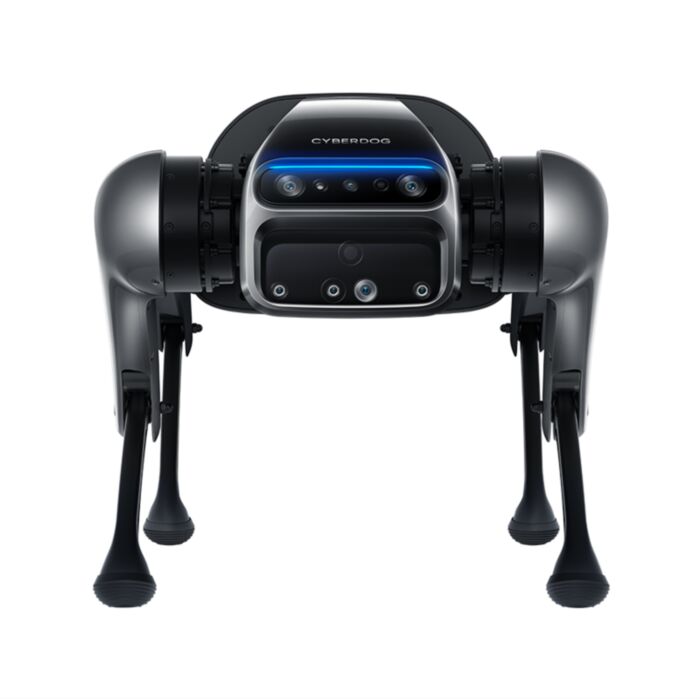 When Xiaomi promises a three-hour presentation, you can imagine anything, but what has caught us entirely by surprise has been the CyberDog.

From the hand of its CEO, the manufacturer has shown us an autonomous robot with four legs in the purest style of Spot from Boston Dynamics, although without the accessory arm and limiting itself to the four legs that a real dog would have.

The unexpected product has already been announced with a sale price for China, so it is not a prototype as it might have seemed. CyberDog has come on stage after seeing the Xiaomi MIX 4, the Mi Pad 5 and 5 Pro, the Xiaomi Sound, and new OLED televisions, and as a culmination, it has said goodbye with what some of us feared: a pirouette.

A robot that follows us up to 11.5 kilometers / hour

CyberDog can “hear” us with its six built-in microphones. The presentation showed how Lei Jun issued orders, and the robot attended, performing movements such as sitting, standing up, following him, or lying on his back.

On the front, CyberDog has an Intel RealSense D450 depth camera, which Xiaomi has added more sensors, and cameras among them are wide-angle fisheye lenses, ultrasonic sensors, and GPS. With this it promises navigation and travel with a margin of error of 1 centimeter, dodging objects and steering at the call of its owner.

The robot has servos developed by Xiaomi that have a maximum rotation of 220 turns per second and a maximum torque of 32 N-m. As they have shown, it has a total weight of 3 kilograms (which is much less than it looks, having an apparent size of a medium-sized dog) and is capable of moving at a speed of 3.2 m/s, about 11.52 km/h. Internally, the CyberDog’s brain is NVIDIA’s Jenson Xavier NX, a very compact computer that does not give up power up to 21 TOPS of accelerated computing. It thus has deep learning engines and promises to process data at an adequate speed and without delays for those jumps, spins, runs, flips or “hand” crashes. In fact, it has a 128 GB internal SSD, and considerable storage.

CyberDog has facial recognition, with the manufacturer promising that it is able to recognize and follow its owner through the house without stumbling. It can be controlled with its own remote control, as well as with a mobile app, integrating a voice assistant. We have no data on battery life or mAh, but we do know that CyberDog is state-of-the-art in USB with three Type-C ports. It also has an HDMI, which can be connected to a compatible device such as a camera.

We will have to see what utilities CyberDog has to offer in practice, perhaps serving as a surveillance camera or assistive robot. The truth is that it has all the appearance of the robots in the ‘Metalhead’ episode of ‘BlackMirror’, which were anything but cuddly and helpful, so we will be watching to see what its first users start to show. Because yes, CyberDog has a retail price of 9,999 yuan, about $1,540 / €1,288 at the exchange rate. We will be watching to see if it is sold internationally, especially also if it can come to pass through our analysis table.